A Brief History of Sotogrande Spain

You are here:
Jolly Blog 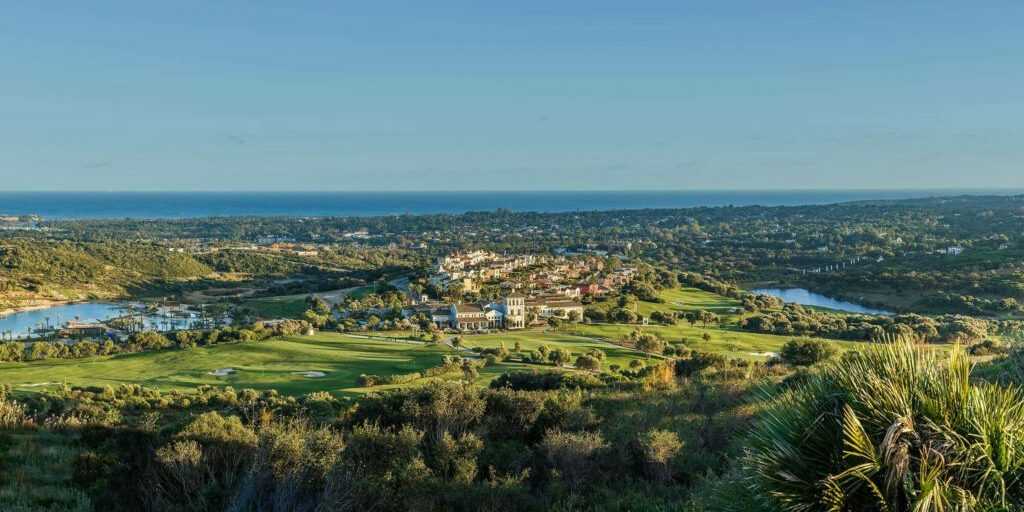 Sotogrande was founded in 1962 by the Filipino-American businessman Joseph McMicking, who was the president of the Ayala Corporation in Makati, in the Philippines. He also served for the United States Army as a pilot in World War II. He was inspired by the luxury resort development called The Forbes in the Philippines, as well as the Pebble Beach resort in California from his time studying at Stanford University, and was looking to create something similar, an exclusive resort and community. His requirements in his search included fertile land, a river, access to plenty of water, large and unspoiled beaches, and close proximity to an airport.

He sent his cousin, Freddy Melian, who also worked for Ayala, to explore potential areas across the Mediterranean coast of Spain that would satisfy his requirements to build an exclusive resort and community. When Freddy came across the finca called Paniagua, in the San Roque municipality of provincial Cádiz, riding by motorbike, he found everything that McMicking was looking for. Large, unspoiled beaches along the Mediterranean coast, the river Guadiaro and the nearby natural water reserves, plenty of rural and fertile land, and within close proximity to the airstrip of Gibraltar. The area fit the bill perfectly. Along with his nephews, Jaime and Enrique Zobel, they decided upon the finca Paniagua, which had an area of 1800 hectares, and decided to name the development Sotogrande. Financiera Sotogrande de Guadiaro SA was incorporated on 19th September 1962 and plans for the development were swiftly drawn up.

Cortijo Las Canas, then known as Finca de la Campana, that lies in between Pueblo Nuevo de Guadiaro and the old Guadiaro, was also purchased, as well as Finca Valderrama, where the equestrian centre La Hípica is now based, behind what is now Hotel Encinar. Finally, Finca El Conchudo was also bought, and, together with finca Sotogrande, completed the collection of 5 fincas to create the estate. There were plans to buy the Finca Guadalquitón but these were abandoned as it was an area designated to military use. It is worth mentioning that during those times, a foreigner was not actually allowed to buy land in Spain without the express permission of the military. The authorities however, under the command of General Franco, did not oppose, seeing it as a national centre for tourism.

With planning permission granted from the authorities, McMicking and his cousins got to work. One of the first objectives was to create a golf course. McMicking commissioned the renowned golf course designer Robert Trent Jones, and what is now Club Real de Golf Sotogrande was created. The Club Real de Golf was not only one of the best designed golf courses in Europe, but also became central to life in Sotogrande, becoming the meeting point for the Sotograndinos, for golf, parties and social life in general.

Enrique Zóbel was a keen polo player and president of Manila Polo Club, and in 1965 he oversaw the construction of the first polo field in the area by the beach and Guadiaro river estuary, called La Playa. The first tournament took place in 1967. That same year, in order to accommodate the growing number of national and foreign visitors, the old hostal called El León, in the area of finca Valderrama, was completely refurbished and extended to become Hotel Tenis, named aptly for the tennis courts that still exist today, albeit abandoned. This hotel, located just off the exit 130 of the A7 motorway, and close to the restaurant La Cabaña, is still operational and is now named Hotel Encinar. They also created the first beach club (now Trocadero) in Sotogrande, conveniently located just opposite Real Club de Golf, then called El Cucurucho (translated as cone or cornet), named as such for the peculiar large architectural cone on the roof of the building. During the mid-60s, word started circulating around the elitist circles throughout the globe about this discrete paradise called Sotogrande, to live, or for holidays, and it became one of the places to be.

All was going so swimmingly during the swinging sixties, until 1969, when the government under the orders of General Franco, closed the border with Gibraltar. This suddenly cut off the ever so convenient access to Sotogrande through the Gibraltar airport, not just for the foreigners but for the Spanish too that used to fly from Madríd, as Málaga airport did not open until 1972 and even then the road along the coast to reach Sotogrande was still being constructed. The golden era of Sotogrande abruptly came to an end.

However, this sudden isolation restricted foreigners, but not the Spanish. It is for this reason that maybe the resort, quite to the Spanish delight, did not grow as much as other coastal towns nearer to Malaga airport during the tourism boom of the 60s and 70s, and continued to be a discrete and hidden gem.

Despite having less foreigners visiting, however, the resort did continue to grow. The first Gold Cup polo tournament was launched in 1971, and a second polo field was inaugurated in 1974 and called Paniagua. The old Cortijo Paniagua buildings were extended and became a commercial centre.

In 1974 McMicking once again turned to Robert Trent Jones to construct the second golf course for the resort, called Nuevo Sotogrande. In 1981 it was renamed Las Aves, and then in 1984 it was bought by local resident Jaime Ortiz-Patiño, who had it remodelled, and renamed as Valderrama. This became one of the most prestigious golf courses not just in Spain, but in Europe, hosting the Volvo Masters from 1986-96 and 2000-08, the 1997 Ryder Cup, the Amex World Golf Championship in 1999 and 2000, and the 2016 Spanish Open.

In 1978 the International School of Sotogrande (ISS) was founded by a group of local residents led by George Moore, retired Chairman of Citigroup, who wanted to offer a British style education with a Spanish influence to the local and once again growing international community. The school was originally located in Paniagua, but in 2001 moved to the upper end of La Reserva.

With the aim of revitalizing Sotogrande and turning the annual losses the entity was suffering into a sustainable business, a marina was planned for the area to the east of the Guadiaro river estuary, in order to open up to the middle classes, with sea and beach front apartments. The land was acquired in partnership with Juan Miguel Villar Mir, and Puerto Sotogrande SA was formed. This attracted notaries, accountants, lawyers and architects to the area, joining the already existing aristocrats and financiers, who, until then, had made up the bulk of the professionals in the area. This was a pivotal moment for the resort, which, until then, had been solely for the elite and aristocracy, but, for the first time, it opened up to a more middle class gathering. In 1987, the marina was inaugurated with the official name Puerto Deportivo Sotogrande. A new hotel, the Club Marítimo, was constructed in the port, as well as beachfront apartments and another beach club, Octógano.

Santa María Polo Club continued to grow, hosting more games and tournaments every year, as well as attracting more visitors and more sponsorship. In 1985 the La Playa polo fields were completely destroyed by a devastating storm, and so the club built two new fields called Río Sotogrande 1 and II. By this time the polo fields at Paniagua were no longer used. In 1992 the fields of Puente de Hierro I and II opened; and in 1995 the Hacienda de San Enrique I and II fields were built. In 2003 two of four new Los Pinos fields were inaugurated, and in 2008 the 2,500 square metre pavillion was opened. The two Rio Sotogrande fields were abandoned.

The Ryder Cup of 1997, held at Valderrama, coincided with the construction boom on the Costa del Sol. During the next 10 years a number of large development projects arose, whilst luxury villas were also constructed in the many plots of land available. Another 3 golf courses were also built, La Cañada, Almenara, and La Reserva. Almenara possessed a 4 star hotel and spa to compliment its golf course. This hotel has just had a €40m refurbishment carried out this year (2021) and has reopened as SO Sotogrande, a luxury 5 star hotel which will surely bring a more constant flow of tourism to the resort throughout the whole year.

La Reserva continues to grow to this day, with new developments within the complex, ranging from luxury villas, such as The 7, and The 15, to high end apartments, such as Village Verde. In 2018, La Reserva created the first man-made inland private beach club, with an adult pool, ‘sandy’ pool with beach, and a lagoon. La Reserva is now more of a country club, than just a golf club, with the beach club, tennis and padel courts, golf, and two restaurants.

An extension of the port was later constructed by Sotogrande SA, in the form of a new marina, which offers many more berths for boats, new luxury apartments, and retail units for restaurants and shops that, along with the market on Sundays, has created a very pleasant atmosphere which offers another option to the port. While riding along with the Moke.

So what of the future? It is clear that Sotogrande will continue to grow. With the pandemic of Covid-19, both foreign and Spanish young professionals and families have moved permanently to Sotogrande from the cities for a better quality of life. What I feel is important for the resort is that it keeps its unique characteristics as a place for discretion and humility, where residents can enjoy the high quality of life on offer, without the ostentatiousness of other luxury resorts in Europe. If it manages that, it will continue to be one of the best places to live in Europe, and we could well enjoy another golden era, the first of the 21st century.